It’s been a while since my last blog, it’s difficult to top what still remains my favorite night and day out on the fells on my BG round, but I have had lots of fun days out since including some good results in a couple more ultras.

I got my first ever outright win in the Dig Deep 30 race, well joint win alongside Simon, then I finished 11th in the OCC. This was my first experience of the running festival that is the UTMB weekend in Chamonix. After that I took a step too far, only 5 weeks later I raced my longest race to date, the Grande Traversee from the mountains of the Pyrenees to the Mediterranean sea. The reason that was a step too far happened quite literally in the last mile of the OCC where I got a sudden, sharp pain in the top of my foot. I was able to run the last mile, but had to give up on the race I was having with the Spanish girl only a few meters in front of me. Immediately at the finish, all I wanted to do was get my shoe off and for the next few days I was walking with a heavy limp. I didn’t run a step for the next 4 weeks, then returned to gentle jogging a week prior to the Grande Traversee. It turned out that pain was a stress reaction/ fracture of my 2nd metatarsal.

Looking back on my data from the year, I have been very luck on the injury front. I tend not to get the overuse type injuries many runners suffer from, more trauma related injuries from falls! I attribute this to the strength and conditioning exercises I regularly do alongside the running. So far in 2017 I have covered 2504 miles (221 hiking) which has involved 442, 454 ft of ascent. Over the 41 weeks of the year that averages out at 61 miles per week, but if you take into account the 6 non-running weeks, that average increases to 71 mpw. These weeks have been consistently maintained, some as easy weeks but the fact that I have got all those miles in may have contributed to the foot injury, but with it coming as late as 34 miles into the race I don’t think the training was the problem. It was more a combination of not wearing supportive enough shoes, racing hard on the top rocky part of the final descent and a stone embedded in the sole of my shoe. So, my training in the weeks between the OCC and Grande Traversee was less than conventional! I cycled (a lot), walked a bit then discovered Nordic walking for the 2 weeks before the race. Having never used poles in a race before I decided this would be the ideal opportunity to get used to using them. I hadn’t bothered before as the hassle of taking them in and out of the pack, also eating and drinking when using them had put me off. As the Grande Traversee was 112 km with 5800m ascent but also 6500m descent, now seemed the perfect time to perfect the skill of running and walking with poles.

I had done a few test runs, the longest being 5 miles in the days prior to the race, and although slow my foot felt ok. As a lot of a long ultra race involves walking rather than running, I decided I’d start but was by no means confident I’d finish. This did take the pressure off and so I was able to enjoy it as an experience rather than a flat out race. The race started at 5.30pm in Vernet les Bains giving a couple of hours of daylight before hitting the highest point of the race, just over 2000m at dusk. I have never done this in a race before, but having stopped to enjoy a bit too much cheese and ham at the first aid station I took some pictures on my phone. 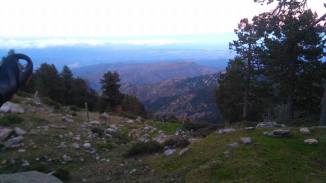 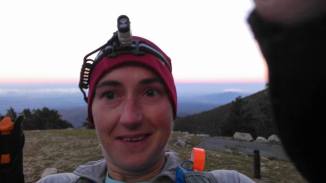 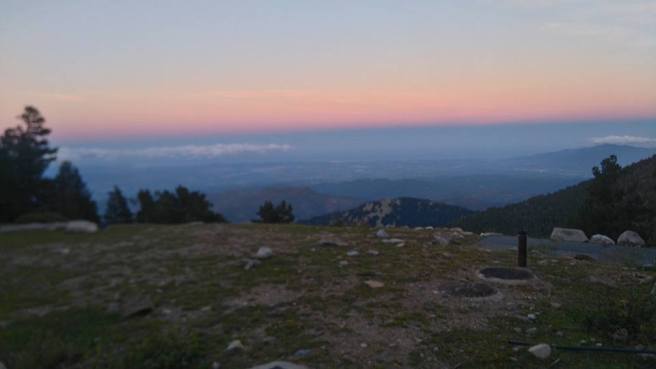 It took until the first life base at 36km for the first lady to overtake me, this was a relief as I wasn’t expecting to be first and wasn’t supposed to be pushing the pace in this race! This meant I could again get back to enjoying the trails, even turning the torches off to run a small road section by moonlight with owls hooting in the woods around us. 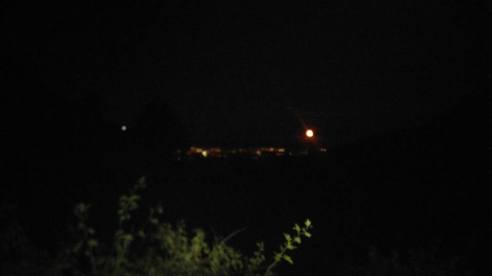 This was all going great, I was really feeling the benefit of the poles, enjoying my run but then I started getting passed by a couple of female runners and the competitive instinct in me took over. I got to the life base at 75 km and was in and out, nibbling on some marzipan from my drop bag but was no more than a minute there. The next aid station was in 8 km and I had plenty of fluid so passed on the opportunity to top up. Now, had I known they were actually in the relay and not my race I might have had a few minutes at the life base, sat down and let my quads have a bit of a break. But I didn’t, instead ploughing on, feeling good on the climbs and soon overtook one of the women. I then had to remind myself to look up at the views, I shouldn’t be pushing today. Fortunately, I did this just in time to see the sunrise over the mountains, that burnt orange was a magical sight. 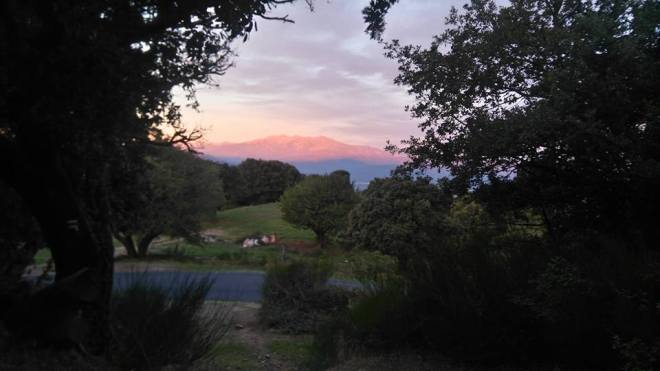 Things started to unravel around 88 km, this was to be my first ever experience of what hitting the wall feels like! It wasn’t nutrition or hydration, this had been good throughout, I simply think the lack of running in the previous 5 weeks had caught up with me. The cycling miles had been great in maintaining my aerobic fitness but my quads were not prepared for the damage being done on the descents. It was equally as bad in both legs so I know it wasn’t through a compensatory gait due to my foot. It was a shame to be forced into a walk for what should have been the fun descents in the last 25 km, and running the flat final 4 km was a non-starter. Looking back it wasn’t as bad as it felt at the time, I thought I had been walking much more than 25 km. Taking the positives from the race though, my foot was feeling fine and I had that experience and benefit of getting to grips with using poles properly during a race. When I crossed the finish line I was surprised and delighted to be told I finished 2nd female, 20th overall out of 203 starters. I had been aiming for around the 18 hour mark, but given the non-running build up the sense of achievement was in getting to the finish, even if it did take just short of 21 hours!

The deckchairs in the finish tent, along with watermelon and pistachio nuts went down a treat, and after 45 mins or so of sitting my quads started to feel a little better. I had DOMS for the next couple of days, but not as bad as I had been expecting, maybe aided by the recovery ice bath in the sea the following day! 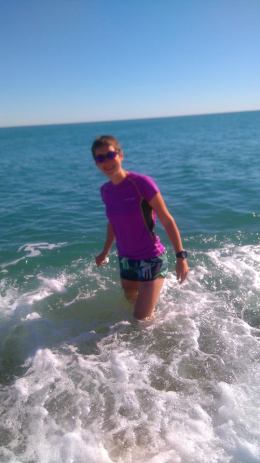 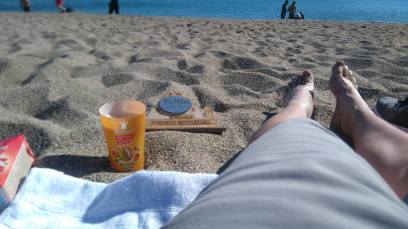 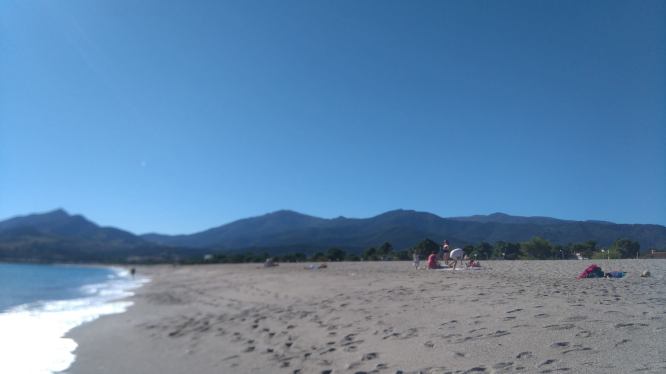 What can I take from the race:

What’s next? There’s the Trail World Championships in Spain in May, whilst I have represented GB 3 times it would be nice to try for selection for 1 more GB vest. Aside from that I’m looking forward to getting some muddy, long fell races in, perhaps even a few Lakeland Classics.