With only a few weeks to go until the Trail World Championships (TWC) in Geres, Portugal I have been focusing my training on fell miles in preparation for the technical course.  I ran the Totley Exterminator, 16 mile race with 4232 ft ascent, coming 3rd female and 20th overall, 3 weeks ago. Then the Three Shires, 12.4 miles with 4003 ft ascent, coming 6th female and 60th overall, last weekend, which I was very pleased with for a Lakeland Classic race. The aim of these was to race on the back of high mileage training weeks, at moderate/ high intensity to mimic the later stages of the TWC.

Last weekend myself, Sophie and Jo from the GB team took the opportunity to recce the course in Portugal over 2 days. We could not have done this without Sophie’s husband George who was an absolute legend, driving us to points and picking us up on the linear route, not to mention shopping in between, and even cooking for us!

First impressions on starting the course in Rio Caldo was how runnable the route was, for a few miles anyway, as we were on road then good tracks. That all changed after about 3 miles as we then started the woodland trails. At this stage on clear distinct paths, up to the first high point at Pedra Bela, nothing too steep despite a height gain of 2300 ft. Then the thicker undergrowth and bracken trails started as we descended down to some lovely waterfalls, before following the rocky waters edge. We got a little carried away here, loosing the trail so scrambled up part of the waterfall and a bank, nipping over a barbed wire fence to get back on route! The next climbs were on good paths before a good long rolling descent on Land Rover tracks through a quarry, eventually to Geres. Over the next few miles we got our first insight into the harsh vegetation this course has to offer, the gorse ripped our legs to shreds as we followed firstly paths, then thick undergrowth, then gritstone trails to around 3200 ft. We arrived with bloodied legs, having covered 26 miles and 8757 ft ascent on day 1, at Campo de Geres.

Day 2 started with the longest climb the course has to offer, rising up to 4390ft over 4.4 miles. This was a fantastic climb, initially through bracken but then opening up to open fell, which could easily have been in the Lakes. The descent was on a good trail for a mile before having to follow our GPS tracks, there were no paths as we went through shoulder high bracken. As we hit the woods there was no respite, the trail was difficult to follow and weaved around a lot of fallen trees. After 2 miles or so of slow descending we reached much better tracks, crossing the path of loads of very placid cattle, not at all intimidating despite their horns! After our first coffee stop of the day we follow the trails through roman roads, past derelict huts and barns, past vineyards, often having to check the map as we seemed to be weaving around peoples gardens. Eventually we got to Soajo, which will be around 38 miles into the race, stopping for a refuel 16 miles into our run. From Soajo we came to my favourite section of the course, climbing up rocky hill side for 4 or so miles, no path and just occasional cairns. Again, the terrain was very  similar to the Lake District. There had been wild fires here in August, this devastated the area, but very selfishly, we were relieved a lot of sharp gorse on the climb had been burned away. A lovely grassy descent soon turned into more woodland small trails, needing to keep wits about you to keep on the route. We weaved around villages before the final sting in the tail, a short, sharp climb up to a trig point. The finish was in sight, or so we thought. Typical of this route, instead of following the good track to the town, the route diverts through more shoulder high bracken, hawthorns and gorse! We finished the day with 30 miles, 7667 ft ascent and 9301 ft descent, all done at low intensity resulting in my legs feeling great for it, no muscle soreness at all! 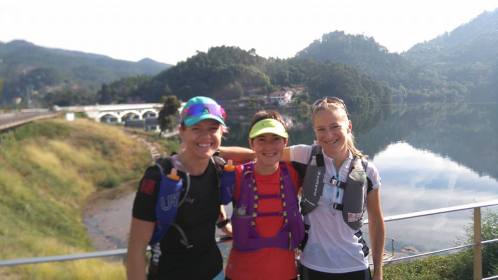 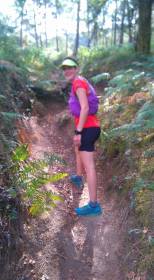 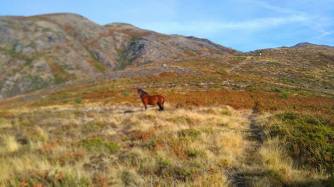 Altogether last week was my biggest ever training week, 91 miles and 19218 ft  ascent, and I feel really strong on the back of it. This bodes well for the TWC as I realised from the recce how much the course suits the fell runner in me. I wouldn’t expect a trail race to include so much bracken and indistinct paths, not to mention the gorse. There’s a lot of trail runners who will hate this course!

I have a couple of relays over the next 2 weeks, firstly the Hodgson Brother’s Mountain Relay, then the FRA Relays. Both of which I’m doing a longer leg of 8-10 miles, but paired with someone faster than me so it will be a hard run out. I’ll have a couple more 55-65 mile weeks before starting to taper for the TWC.